Posted on April 7, 2015 | 5 Comments
Dear Kim,
I  am so sorry Kim that I want to ask for this help. I  know your situation, [the passing of your 17 year old daughter in November] may be you are thinking I am selfish but I am not.  Sometimes I think about you; who is Kim? I did not meet her in person. After that I console myself, well…. she is a teacher and my wellwisher.  I do not want to ask you about what happened to your daughter? but I understood, she was suffering from chronic illnessess. Kim, ‘JESUS’  has a plan and decisions, nobody can change those in this world. I believe, HE will give the strength and comfort for you Kim.

… Please help me. Thank you. 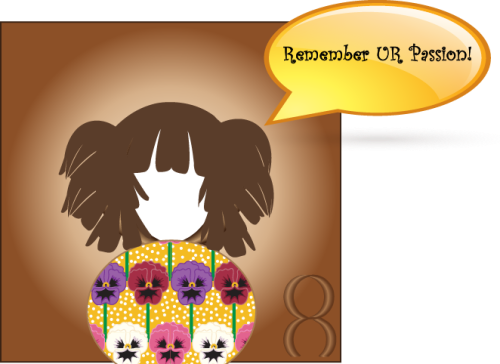 Please do not worry about asking me for support. N, it is important for you to understand that you are not being selfish. You are advocating for yourself. Advocacy is an important part of nursing in Canada. So, in writing to me you are actually developing a skill that will help you to be a better nurse. Are we not taught, “Ask and it shall be given?” If we do not ask, then we can not receive the blessings God has for us: whether He gives them to us directly or through one of our brothers and sisters on earth.

My daughter has suffered almost all of her life with more than one chronic condition. What seemed at first to be one turned out to be three, and the third one had so many manifestations of symptoms it was very difficult to diagnose and causing various complications with even the medical profession not really understanding the causes or how to treat it. Yet it impacts between 2 and 4% of our population.
Today, on my walk, I was thinking about a teaching I learned from my Aboriginal elder and teacher, “Our children are on loan to us.” This is very true. My daughter was only meant to be with me for 17 years. It was God’s will that it be so. And in that 17 years she lived a full life. She was a true supporter of what I was doing, working with Internationally Educated Nurses. When I traveled to do presentations, she was right by my side, willing to be my assistant and endearing the hearts to all who met her. She did a wonderful job in being a patient, for the role plays for speaking and felt the same love that I did for the IENs we met.
As she got older, she continued to be a true supporter. One day, at work, she overheard a conversation that she described in an email:

Subject: NEW CLIENT FOR U!!!! REMEMBER UR PASSION!

hey u! btw i overheard a Philippine girl (25) at work

other co worker: on what? reading?

her: yes I budged in and was all like … IELTS or CLEBAN?

ope my mummys a teacher, she teaches IEPC and i went on blah blah blah

i have work today, would u like me to connect you to if she complies? lemme know have a good day! love u :*

This entry was posted in CELBANPrep, Enouragement and tagged encouragement, Kim: Are you Ok?. Bookmark the permalink.

5 responses to “♥ REMEMBER UR PASSION!”

This site uses Akismet to reduce spam. Learn how your comment data is processed.